The Past is Prolog - Chapter Seven 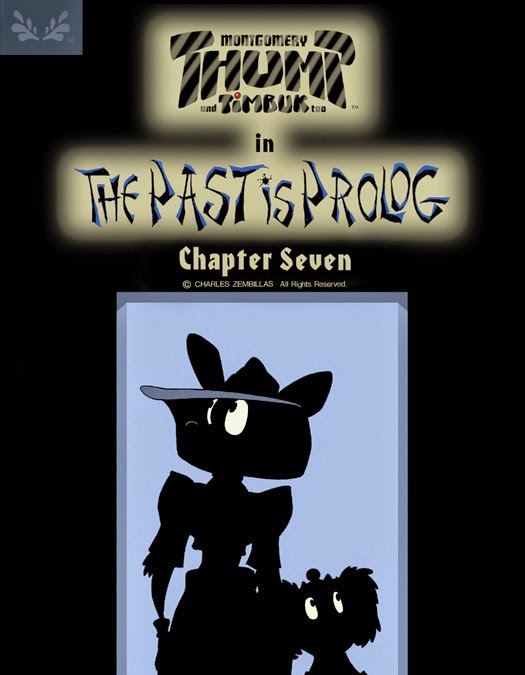 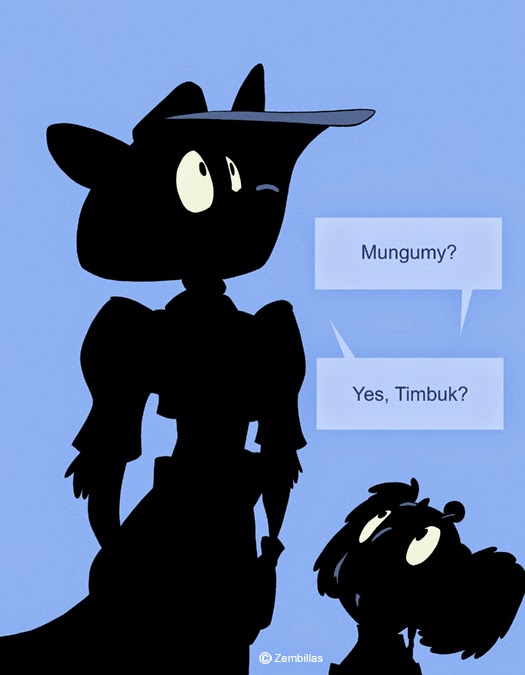 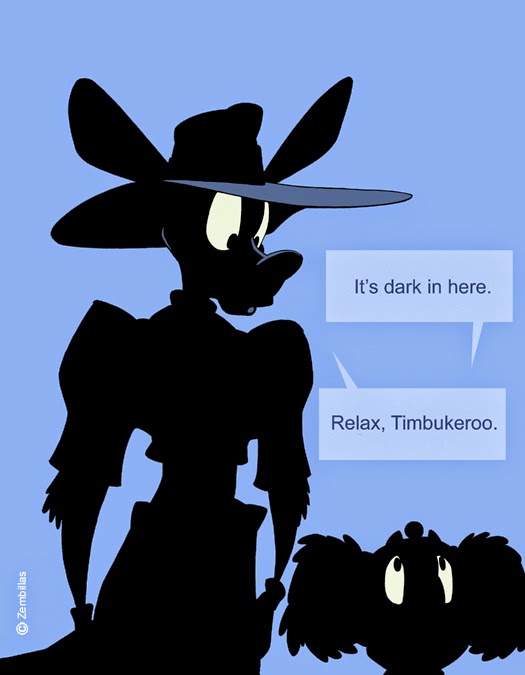 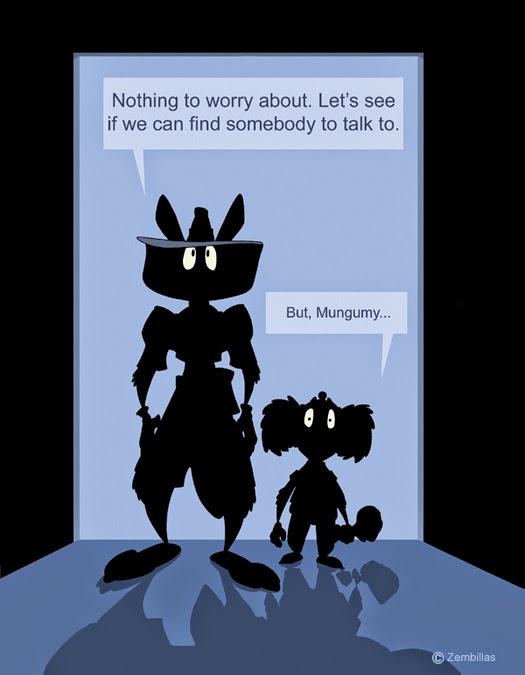 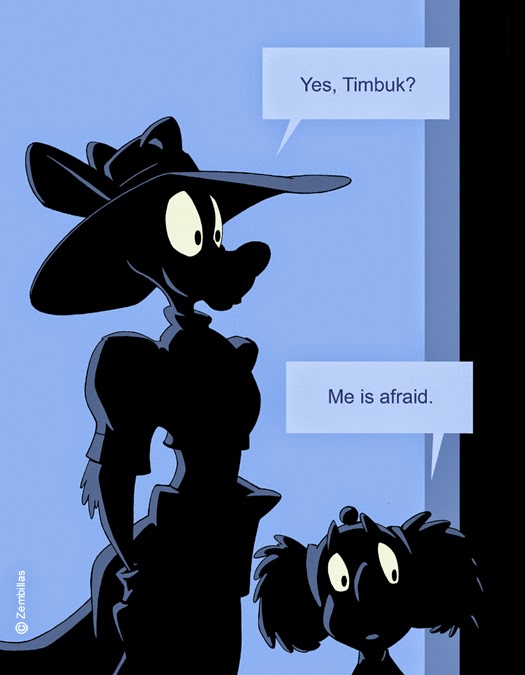 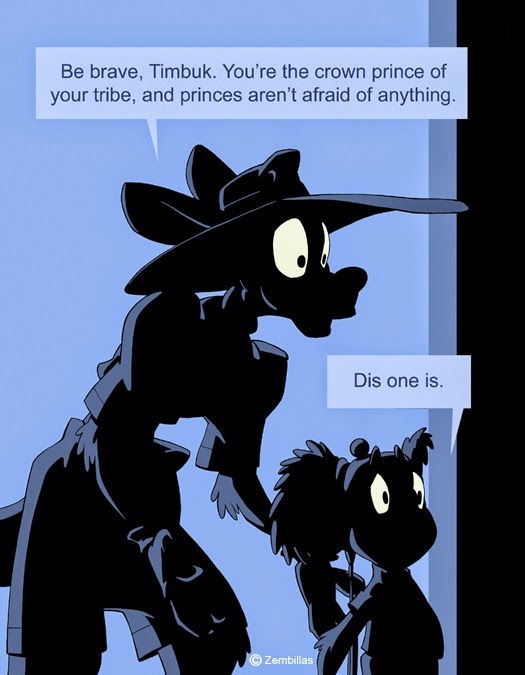 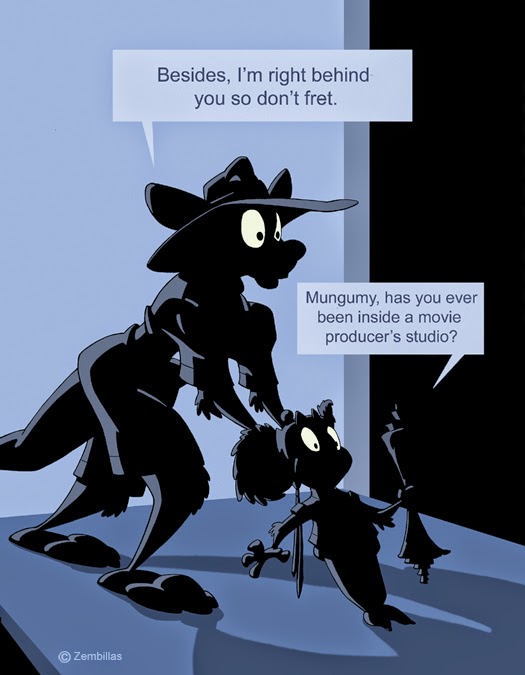 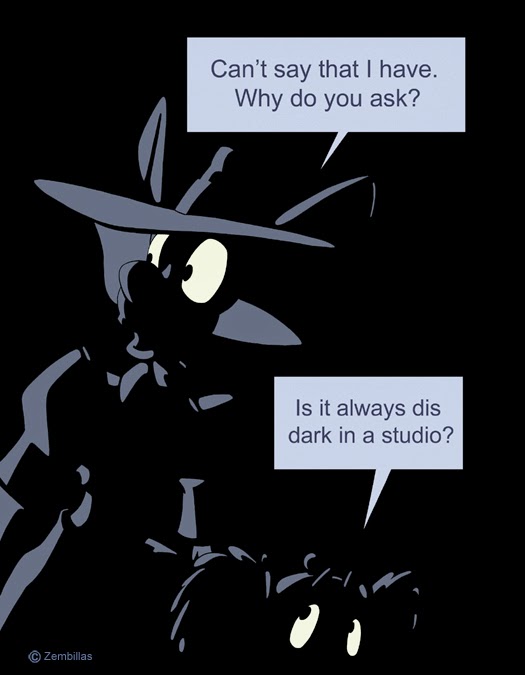 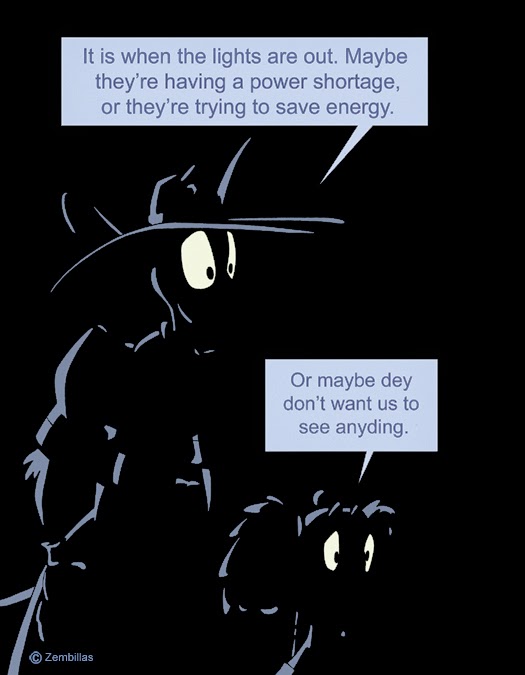 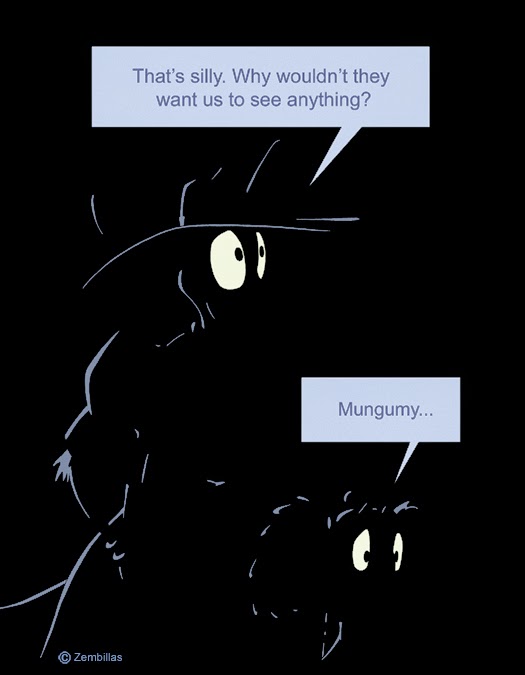 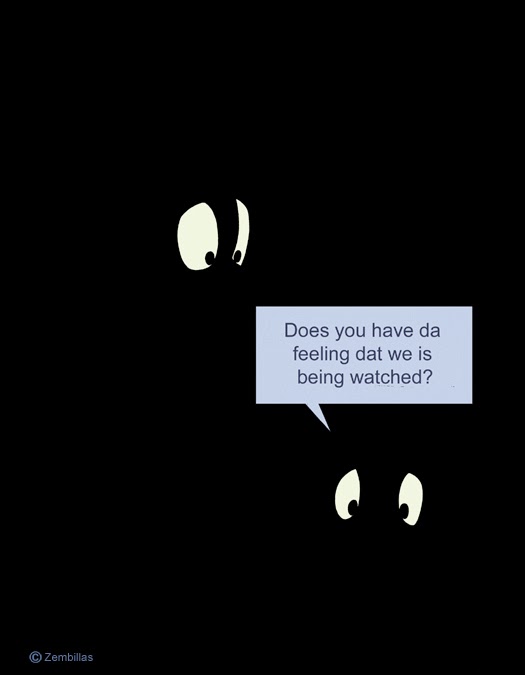 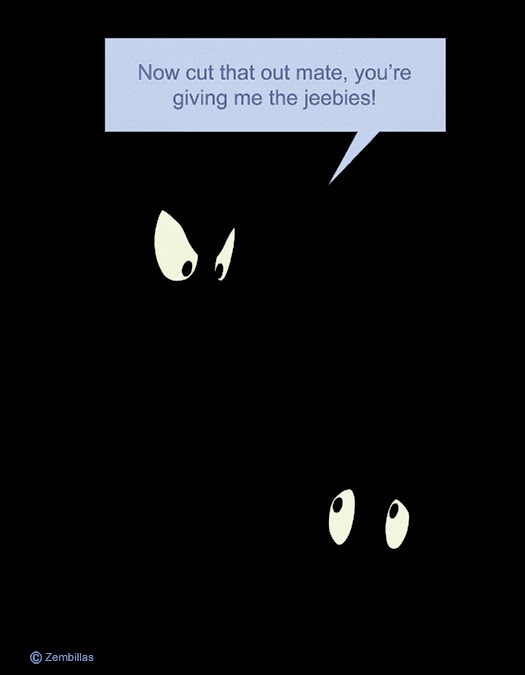 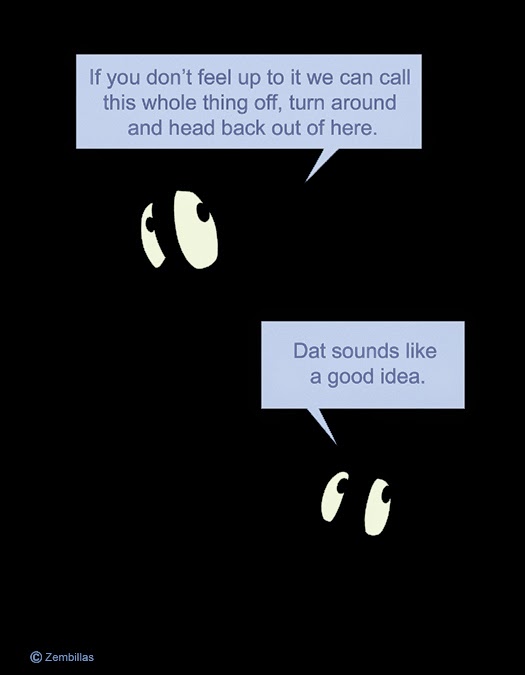 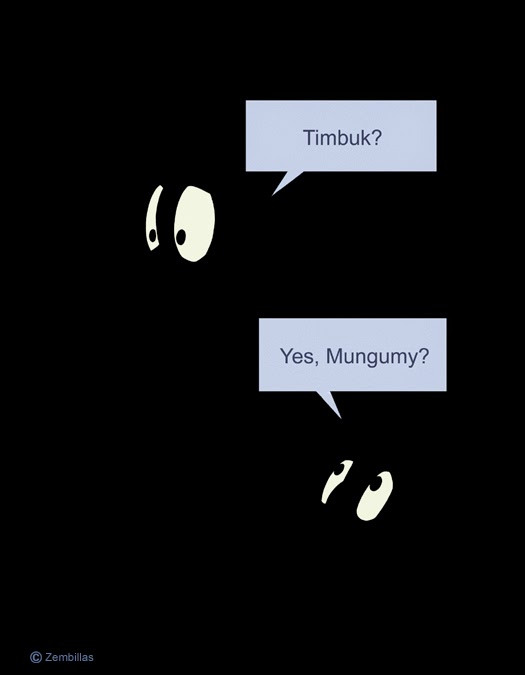 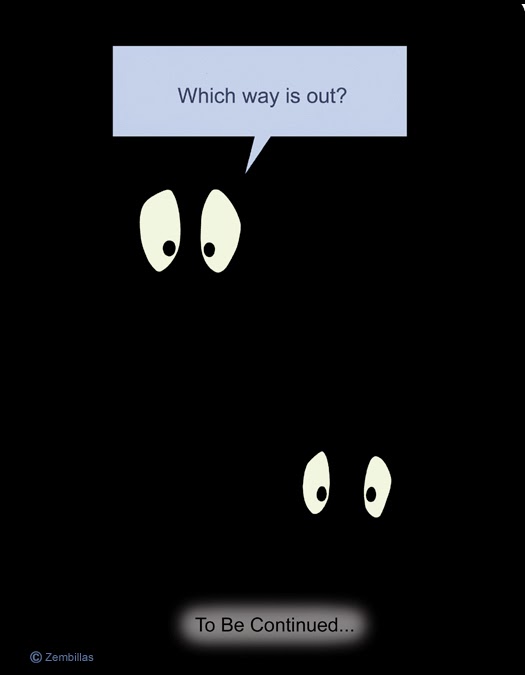 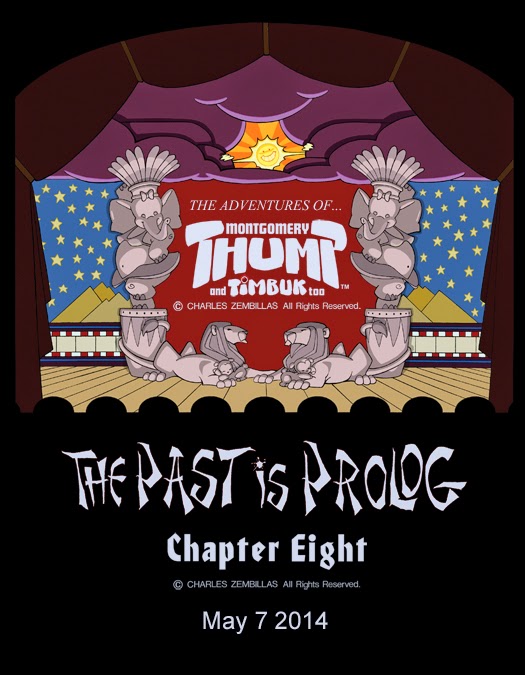 Man, no wonder this chapter came out so quick after the last one. It's all done in silhouettes and blackouts. Things are certainly looking interesting for the duo.

Thanks for following the series! Thump is published on Mondays and Thursdays one week, Wednesdays the next, and then repeated so there's 3 chapters every 2 weeks. I'm holding this schedule for as long as I can generate steady content. So far so good.

Despite the blackouts,I am impressed with the lighting on the characters when their in the dark. Gives me tips on how I should shade my characters.

This chapter exhibits one of my favorite aspects of the Thump series: It's not all fun and games! These characters actually seem to be digging themselves into a dangerous situation where anything can happen. Even their demise. It's a cartoon...but it's not all cartoony. =| I love it!!! =) Way to add a whole new dimension of depth and suspense to the story, Charles!! Can't wait to see what happens.

Hey! I couldn't see your comic before, because I was too busy, but I'm glad that was the case so I could read 8 pages non stop! It's a great surprise to find such a fun comic going on, thanks Charles! I really like the character designs and personalities, animation, the story and humor, and the self awareness added to the mix! You've got something quite unique here! I'd say my favorite characters so far are Timbuk and, of course, Montgomery "Dump" too :D

Are you going to promote this comic in another website? I'm sure you said you were working on a personal website or something. The comic display works well here, I tried both PC and Iphone, but I'm sure not everybody loves Blogger website. Zoom tools, "go to" buttons and a search bar are quite handy when reading comics, and nicer to new people who aren't familiar with Blogger or similar websites with lots of different posts. That way you can have a dedicated place for the comic, and newcomers, and still promote your personal ideas/work here for those fans who want to know even more about the creator!

And last but not least, have you ever considered translating your comic to other languages? Fans can help here! For example I, or someone else, can help you translate the dialog to Spanish, which is the 2nd language with the most speakers worldwide, in a simple text file so you could easily use it to edit the original comic dialog boxes, and then promote using previous suggestions. I'm sure your fans would like to help you with something like this! Let's share the fun worldwide!

And... well that's all! Keep rocking!

Charles, I have really enjoyed reading your strip with each and every chapter update! I always look forward to the next installment! Keep them coming! How is the progress going on your permanent website?

Thanks for the suggestions and for your encouraging comments guys!

John, I'm working on the dedicated site for the project with my webmaster. It's on the way.

Kogoro, I'm using Blogger to initially showcase the project. Kind of like a beta test. I plan on expanding to social media soon. Once I get on top of it all. There's still quite a bit of content coming. If you'd like to turn people on to it at this point that's fine by me.

Thanks again everyone. Next chapter will be up in 2 days.