Jak and Daxter history - The Road to Jak - Part 2

Earlier in this post I showcased some images from the very beginning of development in 2000 for what would become the character of Jak in "Jak and Daxter". At the time it was called "Project Y". Naughty Dog really wasn't sure what they wanted for the lead character so I was experimenting with lots of different approaches. Here's a few more samples of what I was doing at the dawn of it all. 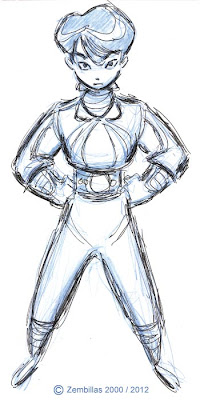 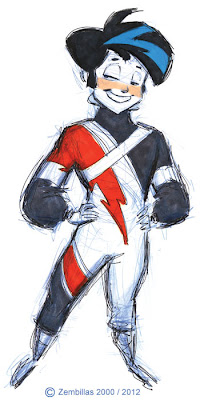 Gray markers and a touch of color in the cheeks. 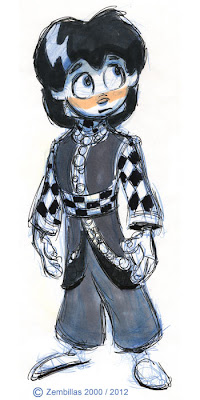 As the lead designer for the project I created a high volume of artwork for Jak and Daxter over the course of a year. Almost everything exhibited by Naughty Dog in terms of character development art involves work generated by their staff. Everything I was coming up with was intended to give their production team something to go on. Much of what the studio has shown was a reworking of the designs I was providing for them. None of the vast amount of development art I generated has been shown to the public by the company. The history of Jak and Daxter has never been fully disclosed. In days ahead I'll be exhibiting more of what I created for the game.