Jak and Daxter history - The Road to Jak - Part 5

At this point in the development of the character that would be Jak I took it upon myself to dabble in color as well as design. Going along with the animal human or human animal theme while also keeping in mind something of a martial arts aspect to the character I ventured into areas that would suggest he had something of an earthy natural feel while adding a few accouterments and costume details. Here are three concepts I came up with at this point of the path in 2000. I used color markers and black line pen over a blue pencil sketch. 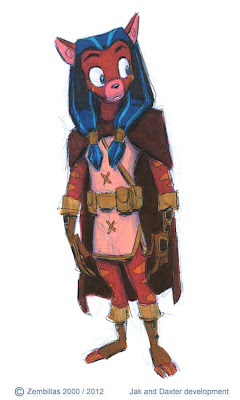 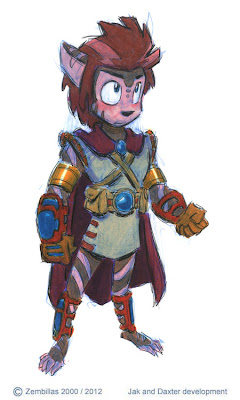 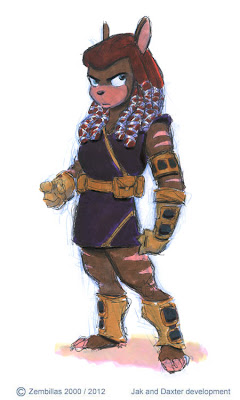 This was still early in the development process. I was exploring possibilities based upon the feedback I was receiving from Naughty Dog and feeling pretty good about the direction the project was going in. The artwork I was creating was driving the production process and engaging the studio on a daily basis as everyone became increasingly immersed in the emergence of the game.