A few years ago in 2005 I had the opportunity to teach at a place called the Burbank Adult School which specialized in vocational education in a series of different career areas. I briefly worked as an illustration teacher in a small class once a week that was a lot of fun for me. During that time I created a few unusual demonstrations. These compositions are among them. The top two were done with magic markers after an initial red line sketch. The bottom two in watercolors. I was attempting to communicate the significance of a concept called positive and negative shapes and how an illusion can be achieved by leaving out key visual information while playing up other aspects of the design. Positive shapes are those areas of the image where you see something. Negative areas are what's left blank. 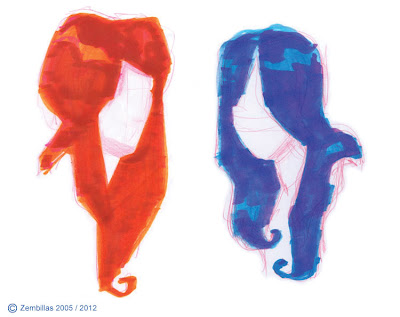 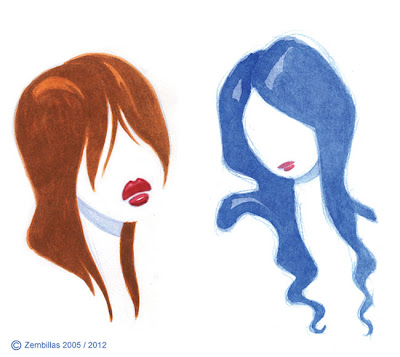