Well that's three days in a row where I had the chance to come up with something. This time drawing while having a discussion with a friend. Working off of a theme similar to the assignments my students would do. 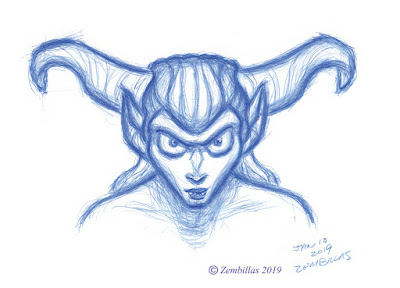 Having fun with students and my second class demo of the year this evening. Looking to make 2019 creatively productive. 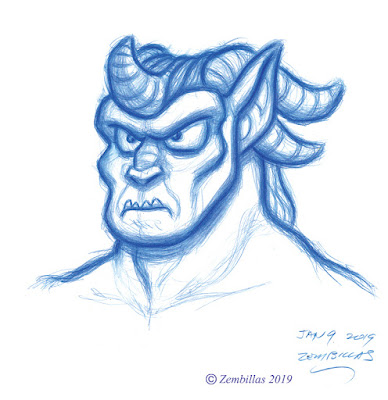 Hello friend and welcome to the New Year !Our classes started this week at my school The Animation Academy in Burbank and as such I had the opportunity to begin working with students through class demonstrations. Here's what I came up with for the Visual Development group this evening. They gave me a suggestion as to what to do and I went with it. So we're on our way for 2019. Hope you have a terrific next 12 months! 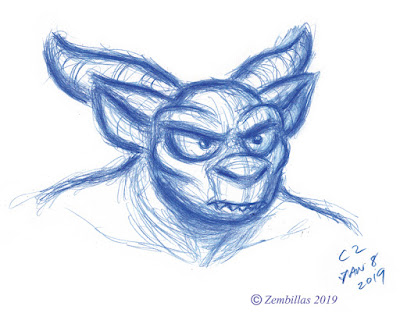 Child's Christmas In Wales - Never Before Seen Art from 1987

A belated Merry Christmas and a very very Happy 2019! I want to thank you all for being such a great community all this time. You're something special folks and I hope that the New Year brings you happiness and joy and all good things.

Here's something special for a special group. I'd like to share with you some art I discovered from a long time ago that has never been seen before. It's not Crash or Spyro (sorry guys) but it's very noteworthy none the less.

It was April of 1987. I had been an art director (first time) on an animated series for about 7 or 8 months. I was working for a studio that was pretty screwed up but we were the highest paid crew in all of the animation industry in Hollywood so at least we were being well compensated for our efforts. I had put together an all star cast of artists. Joe Pearson was there. So was Philip J Felix and Steven Olds and Gary Montalbano and Donn Greer and many other artists who became superstars in their own right.

Among the most impressive was Bruce Timm. We worked on He-Man together a few years before. He was an extraordinary talent who went on to become best known for designing and producing the Batman series for Warner Bros in the 90's along with Superman and Batman Beyond and Justice League etc.

At this studio the producer we had was pretty darn vicious. Never worked for anyone as demanding as her in all my career. She was impossible and she created an impossible mission for me hoping that I would fail and she could use that as an excuse to fire me. That was her pattern. When she was through with you she looked to get rid of you. I knew what she was up to and took it as a challenge to shove it right back at her. It was a matter of personal pride not to be broken by an unscrupulous person.

We had just moved from one floor to the other over the weekend in the office building we were in. My table was disassembled and all of my supplies were in boxes when I came to work on Monday morning. She was sick and out for the day but well enough to call me and instruct me to prepare presentation art for a major meeting she was going to have on Wednesday with executives at CBS.

She was going to pitch an animated special to the network based on the classic "A Child's Christmas In Wales" by Dylan Thomas. And she wanted it by tomorrow (Tuesday). An absolutely impossible deadline. She knew it too.

I explained that the entire art crew for the series had just moved and all of our offices were in disarray. She didn't care she wanted it done and threatened me with my job if I wasn't up to the task. I said I'd do it but I wanted an extra day (Wednesday deadline) and I wanted Bruce Timm to back me up. I wanted him to freelance the work so his schedule on the show wouldn't be affected. She agreed and off I went to figure out how I was going to do this.

Monday was spent putting my office and my drafting table together and explaining to Bruce what I had in mind for the presentation piece. He went home that evening and by the next day (Tuesday) Bruce had done the impossible. He created 6 fantastically beautiful vignettes for the layout I had planned. With his work at hand I got down to doing my part. As everyone went home that evening I told the producer's assistant I would have the art on his desk when he came in to work in the morning.

At 8:30 am on Wednesday as he was walking in I was walking out. He thought I was going to get breakfast to start my day. I told him I was going home to sleep. This is what he found on his desk when he came in. 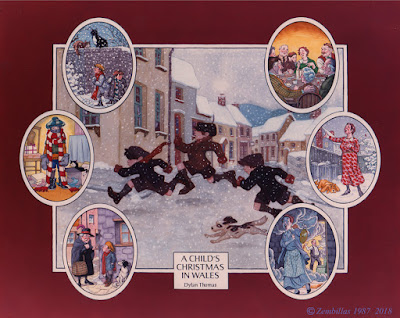 I painted the central composition overnight in acrylics. I cut a mat to frame the painting. Then I secured Bruce's art around the painting and added the title at the bottom. I have no idea what happened to the original. This was a photo that was taken and given to me later. The only existing image of the work.

The producer was dumbfounded and at a loss to try and position herself. She had been out maneuvered so she did the only thing she could to save face. She bought a dozen roses and had them on my desk when I came in on Thursday whereupon I instructed my assistant to type out my letter of resignation. I had enough. I got a crew together, got the series going, got the presentation art ready and now I wanted to go on to other things which I did. It was a lesson learned.

By the way that important meeting for Wednesday with the CBS network executives? It was cancelled until the following week. She never bothered to inform me while I was in the middle of this. Which is okay cuz it makes the victory that much sweeter!

Take a look at this folks! A close up view of never before seen art by the only and only Bruce Timm! These are the color marker comps he did overnight! Scenes from the story... 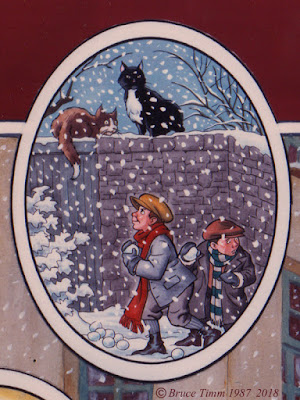 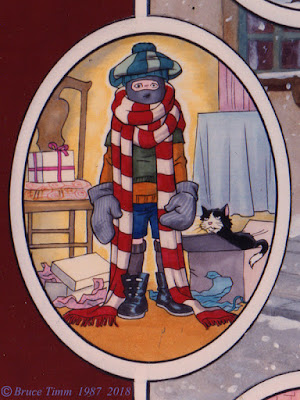 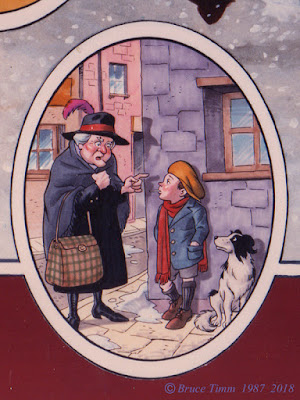 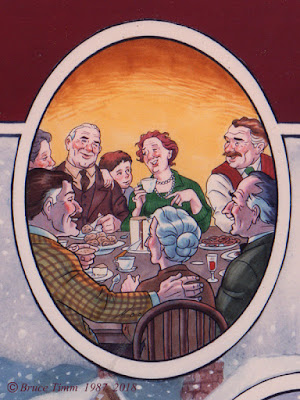 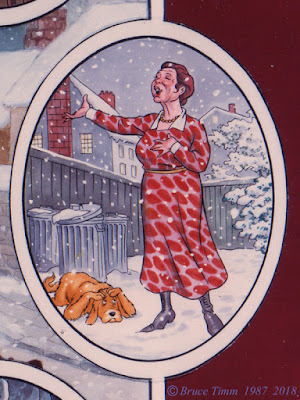 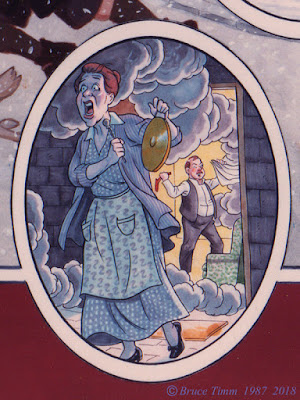 This is a close up view of the painting I did... 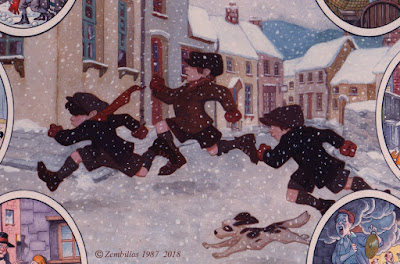 And this is something else I found. The original sketch for my part of the piece. It appears that I drew each character individually and taped the drawings together and transferred the image to the illustration board with graphite paper. Photoshop / digital painting technology was not available back then. This was the old  / analog way of doing things. 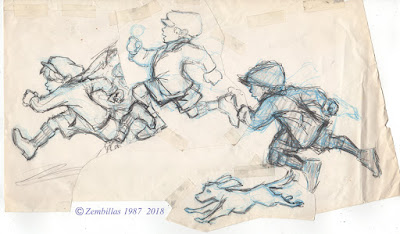 That's the tale of my own impossible mission working in the animation biz. Hope you enjoyed it and hope you enjoyed the art. You're the first to see this. My present to you great people!