Greetings folks! I came up with this little sketch the other day in class for the beginning students in character design at my school. You can see signs of the basic construction of the character in blue pencil. Once I had the concept developed I committed to the form with a final line in graphite. Then I followed up with blue pencil again to accentuate an overhead light source and bring out the dimensional aspects of the forms that make up the design giving the image depth of field. Nothing fancy just something quick and fun. 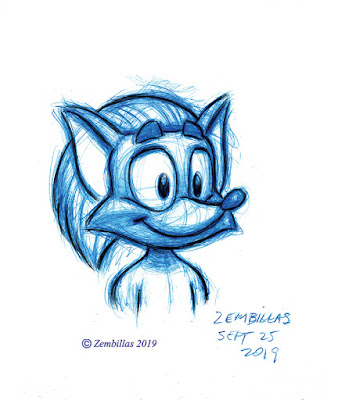 Lately people have been encouraging me to go to Twitter and open an account. I registered years ago in 2009 and left my account dormant. Over the past few months friends have really been getting on my case about launching it. So I started by developing some art dedicated to a Twitter theme.

A little while ago I drew some sketches of Coco Bandicoot. One in particular featured her with Crash. I thought that version of Crash would work well for what I had in mind and created a graphic for Twitter from it. Then I modified the image for header art on Twitter.

Late in the evening on Sept 11 the account went live. I though I'd get maybe 20 or 30 followers by the next day. Boy was I wrong.

Currently a little more than 24 hours later my follower count is at 1769 as of this writing..

Additionally I have 107 comments that need attending.

I guess I've got my work cut out for me! Anyway my longstanding Blogger community is great and I will continue to interact here. If you're on Twitter and you'd like to follow me there you're welcome to do so if you like.

Here's the Twitter art I did. Thanks everyone! I'm a lucky person to have the attention of many wonderful people! 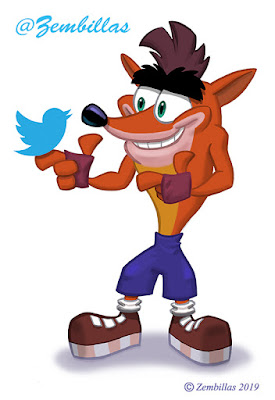 My version of Ara Bandicoot

There's someone on my blog who goes by Araceli "Kahn" Pereira. She's a talented artist who came up with her own character called Ara Bandicoot. Ara plays with dynamite and she has a big crush on Crash.

Here's a link to her blog.

I was asked to draw her character in my style. The look she established is very good. I could get into it easily and do my thing. Took it through the blue pencil phase.

So here ya go and thank you kindly for being a follower of my blog! 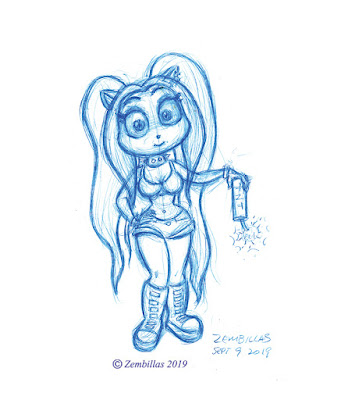 Drawing "He-Man - Masters of the Universe"

Greetings folks! Thanks for checking in. Way back at the start of my career I was fortunate enough to be working as a newbie at Filmation Studios. About a month into my first studio gig in animation one of the production managers comes into my room with a big box full of action figures and vehicles from Mattel Toys.

That moment was the beginning of the "He-Man and the Masters of the Universe" TV series. It revolutionized animation for broadcast television as it was the first series created exclusively for syndication. In other words it bypassed the traditional networks and was sold directly to local stations. The strategy was brilliant and the series was a smash hit.

The news came out at this year's PowerCon (He-Man Expo) in LA that Netflix will be reviving the He-Man franchise with a new animated series based upon the one from the 1980's. There's also a new motion picture in the works call "Masters of the Universe: Revelation". Both of these projects will be coming out sometime in 2021.

I imagined I was back at Filmation picking up on where we left off with the character. I struggled with getting him on model especially his face but things started to come together okay for just starting out. I'm a little rusty but with practice I'll get back in my He-Man groove.

These are blue pencil drawings. I plan on completing them in black line. 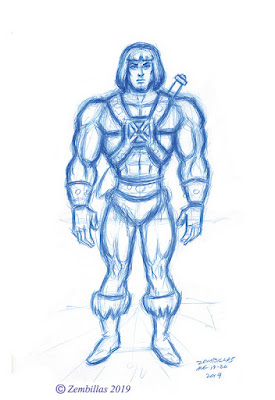 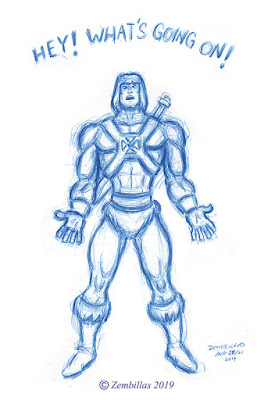 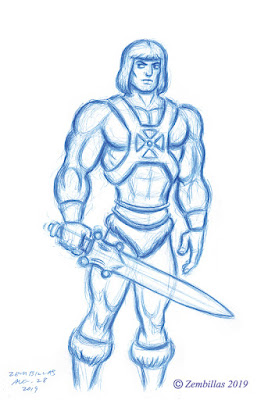 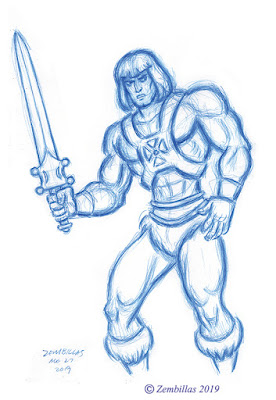 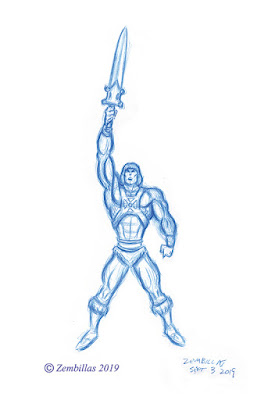 This is what you do when you're exploring action pose possibilities. Roughing out thumbnail sketches. 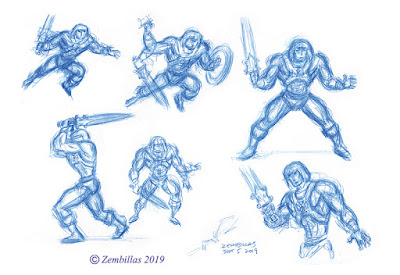 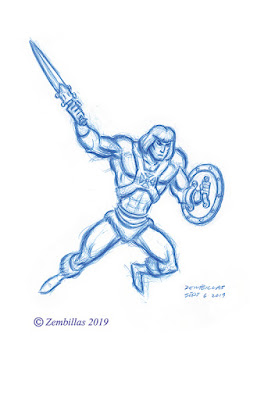 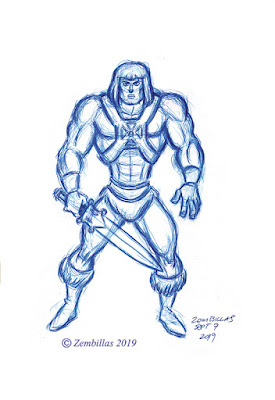 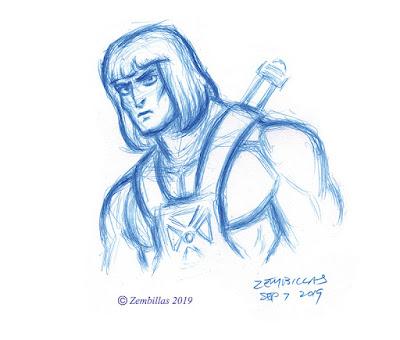 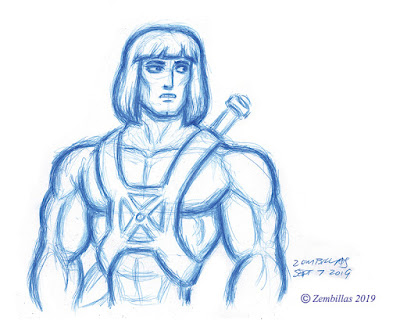 Email ThisBlogThis!Share to TwitterShare to FacebookShare to Pinterest
Labels: He-Man and the Masters of the Universe
Newer Posts Older Posts Home
Subscribe to: Posts (Atom)