A friend sent me this photo today. A Christmas gift they just received. It's a vintage 2005 toy display from McDonalds. Very cool present! 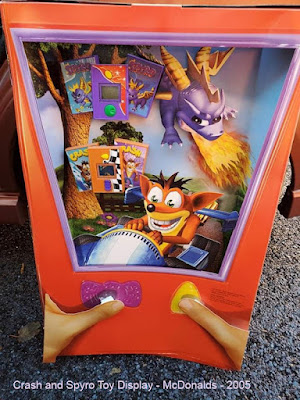 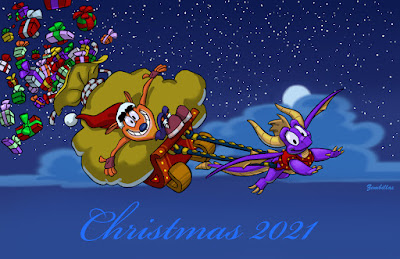 Greetings friends! Hope all who read these words are doing very well. It's been a long time since I posted. Going way back to January. To say there's a lot that's happened and a lot going on is an understatement. Some major changes and for the better. I'm healthy and having fun experiences. Thank you for your comments in that time. I apologize for not following up but I really had my hands full and I needed a break. There were many things I had to attend to. Thank you for understanding.

I did have a moment to do a sketch of Crash. Started back on May 9 and finished it a few days ago on August 20. Love drawing Crash B! 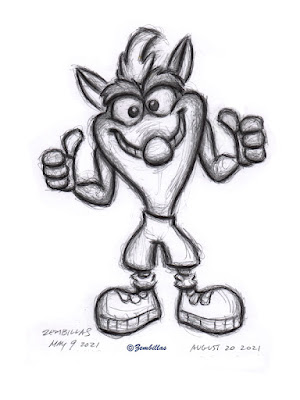 For those interested I'll be live this weekend August 28 and 29 at the Ground Zero Animation Expo (GZA). I'll be conducting free character design lessons and doing a few demos for those in attendance. For more info or if you'd like to register follow this link to the GZA Expo.
This is a virtual expo. It's conducted completely online. You can attend from wherever you are. Here's a graphic I prepared for it. It features both ArtShark who is the mascot character for  my school and Crash.

Thanks again! It's great to be back. I'll follow up soon with more. Good luck and best wishes to you!
Posted by Charles Z at 12:09 AM 9 comments:

Cover Art for "The History of Naughty Dog" - France

"L'Histoire de Naughty Dog" is being released January 29 2021. It's in the pre-order phase. Here's a link to it. You can see they changed the color and tone of the composition but that's okay. The original art is what I'm presenting.

I was under a lot of pressure when I started this. The Covid lockdowns hit and I was overwhelmed with trying to work with my existing onsite students who were migrating online.

I'm also including the individual sketches I created which were all incorporated into the final composition.

The publisher was very patient and I was compensated well for the job. So here's the art for a fun and educational presentation. Thank you friends and Keep Creating !! 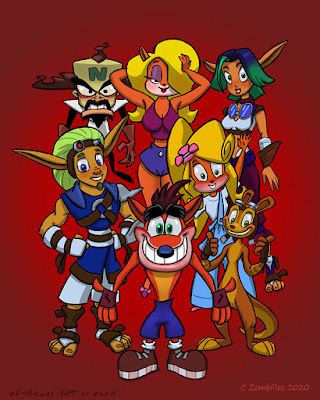 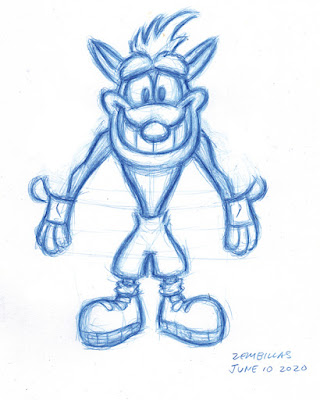 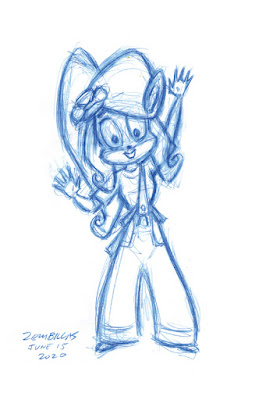 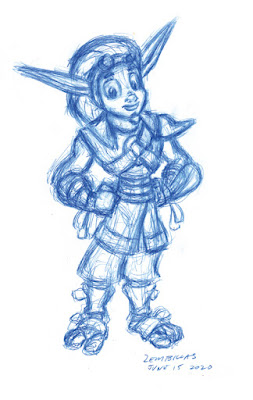 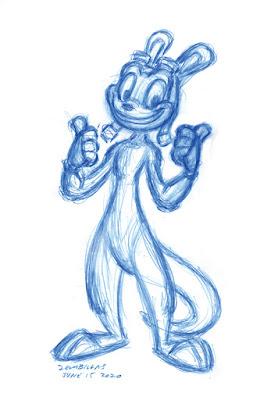 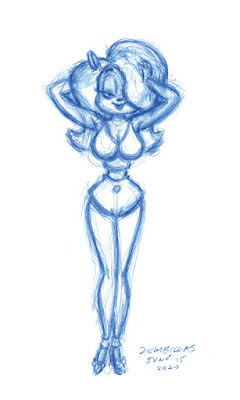 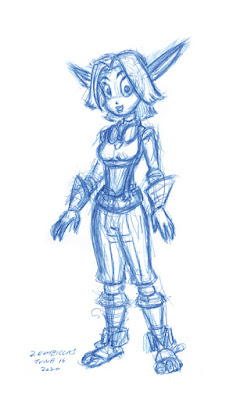 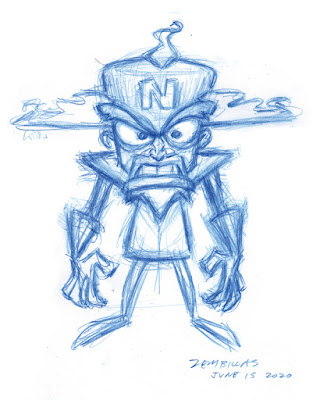 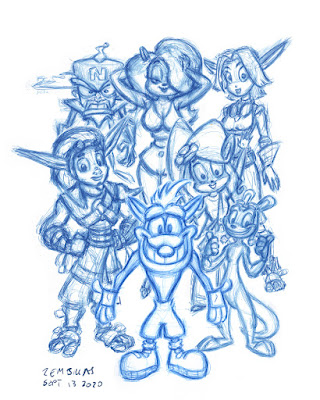 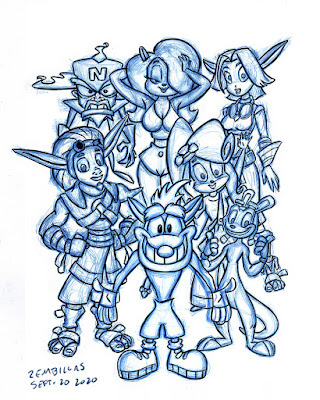 Look what I found!

It was 21 years ago on January 5 2001 that I signed the contract for a new video game to be developed for the upcoming PlayStation 2 platform. It was ground breaking technology at the time and this game I was to develop characters for was to be among the very first produced for PS2.

The contract called for a year's work creating designs and character concepts from scratch for this game tentatively referred to as "Project Y". It was a also a ground breaking contract I negotiated that was far from the normal work-for-hire model that is common even to this day.

This was a monumental effort. I was so busy during that year the only time I could get to it was in the middle of the night. So I'd work from about midnight to around 4 AM and fax the images to the studio so they could have them for the next day.

I wound up creating 603 pages of character designs. In spite of at times very questionable art direction they came out very nice. The project was eventually titled "Jak and Daxter". In 2002 the character of "Daxter" won the coveted Best Character of the Year Award at the Game Developers Conference in San Jose California.

So in 2001 I took a trip with a friend using the LA subway system to the E3 Convention in Los Angeles which is the industry's Comic Con. What I saw was a complete surprise. I took pictures on my cell phone but they've been lost for years. But I'm going through my archives and found ...

This is the front page of the trade publication for E3 in May 2001. 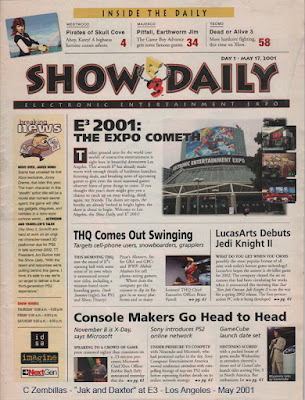 This is a close up of the photo featuring the entrance to E3 at the Los Angeles Convention Center. The giant banner at the top is the "Jak and Daxter" video game to be released later that year. I designed the characters and many others in the game. 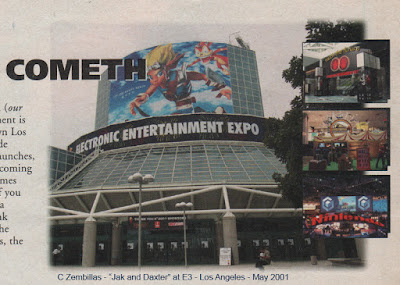