Here's something from over the summer. I gave my students a little demo on things to keep in mind when managing facial expression models for their characters. 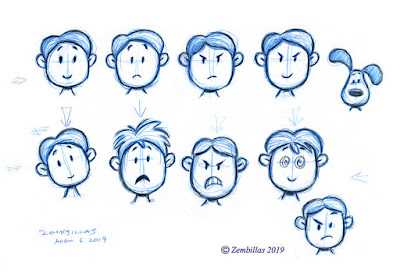 Hello friends! How are you? It's been so busy the last month and a half I can't begin to tell you. Causing some genuine issues which I fully intend on addressing soon. But that's a subject for a later time.

Meanwhile remember this post from last August 21? It was a pencil drawing of Spyro on illustration board. I posted that I was going to paint it. Well I'm happy to report that I did. Here it is... 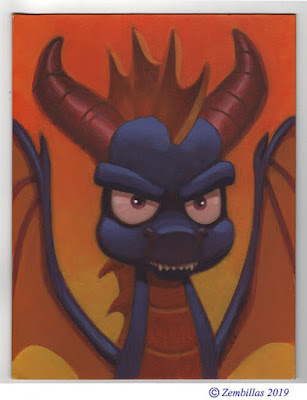 Took a while to complete. I worked on it at different intervals. I figure around 18 sittings a little at a time since that day in August. Finally finished it the morning of November 2 around 6 am. Then I went to the corner shop at 7 am when it opened and bought a frame. By 9 am I was at a local art gallery to feature it in an upcoming art show and I had to deliver the painting that morning to make it.

The acrylic color palette I used was very odd and also limited. As such I noticed the colors were getting away from me as I progressed with the painting. Spyro was turning out as something other than the red violet he is known to be. So I went with what I had using these unusual colors and decided to make this a different character.

I call the painting "Dark Spyro" and imagine him to be an evil counterpart from another dimension that creates havoc in the world Spyro inhabits. I think I'll call him Oryps.

Thanks for you patience with my extended break from posting. Working on this was one of the reasons. As an added bonus I'd like to feature scans of the painting at different stages of its development going backwards in time. The original is 8 1/2 x 11 inches (around 21.6 x 28 centimeters). 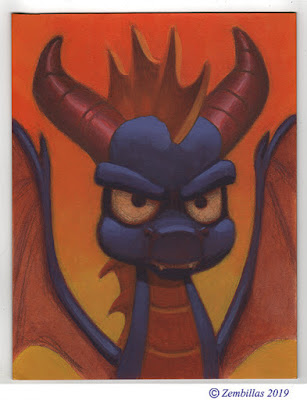 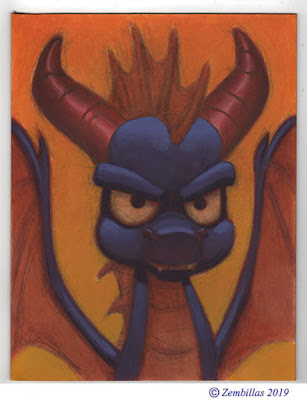 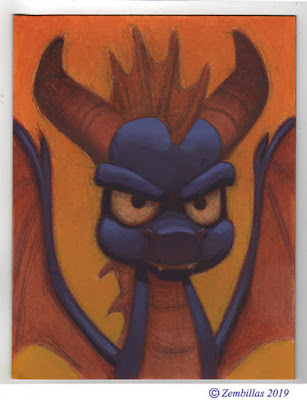 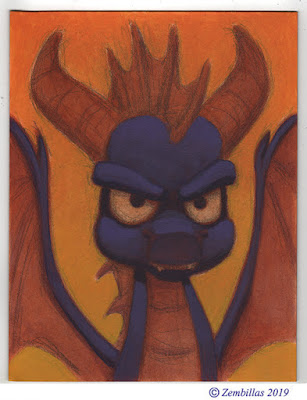 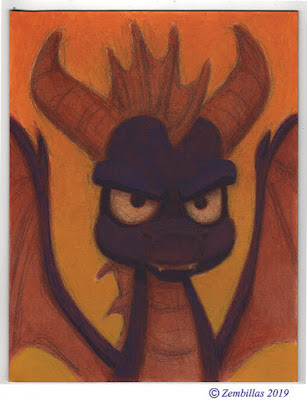 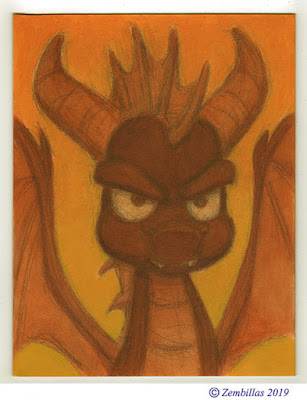 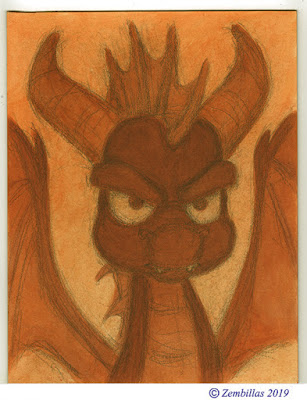 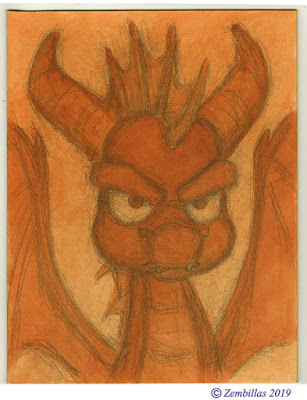 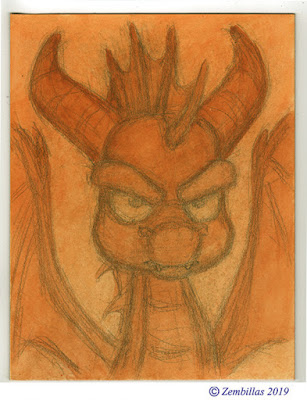 Here once again is the original sketch... 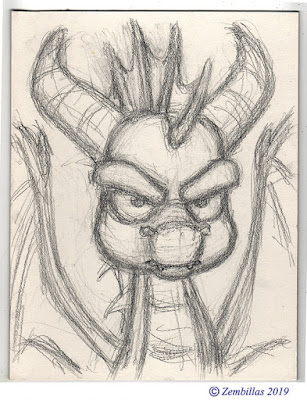