Here's something for the Crash Bandicoot historians out there. More obscure development art I've rediscovered that's never been publicly seen before.

This is from early 1995 in the days of Willy the Wombat. One of the things they wanted to do at the time was work out a motion for Crash that would give him the ability to spin as part of the game play. These are the initial sketches I came up with to help Naughty Dog with the animation. I'm not particularly enthusiastic about the quality of the art. I was just trying to communicate information that would be useful in the production process. The drawings themselves were loosely arranged on each page. I organized them a little more along with the accompanying notations for this presentation. I wasn't attempting to impress anyone with the images. If I knew back then that I'd be publicly featuring the sketches in the future I would've made a better attempt at drawing them out. Alas, it is what it is and they are what they are. So here ya go! I hope Crash fans will enjoy and appreciate them. 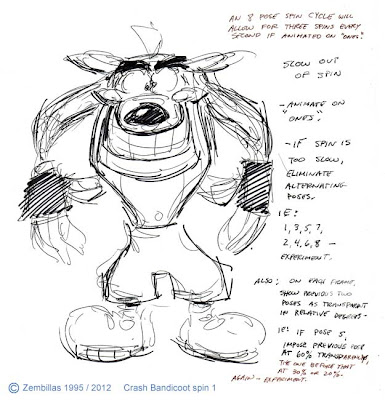 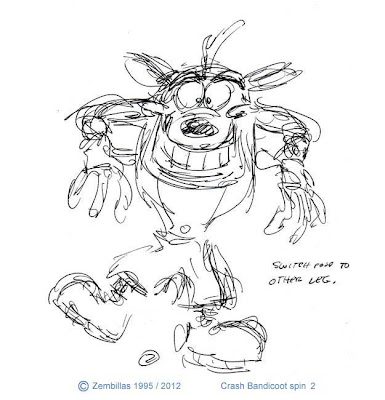 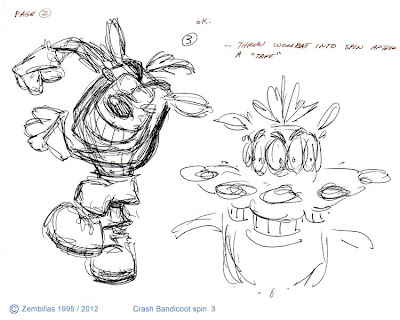 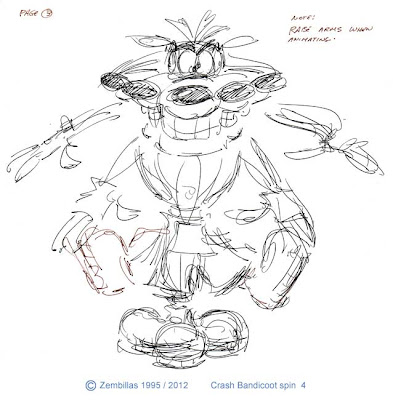 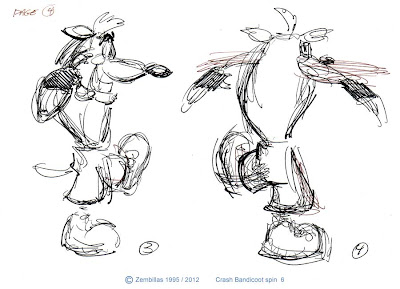 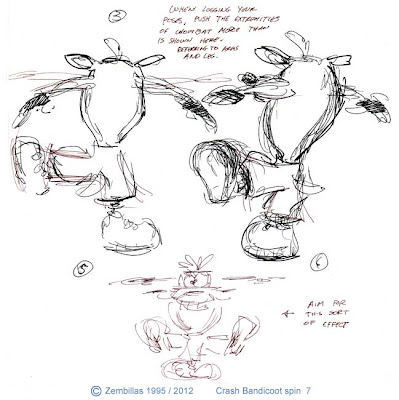 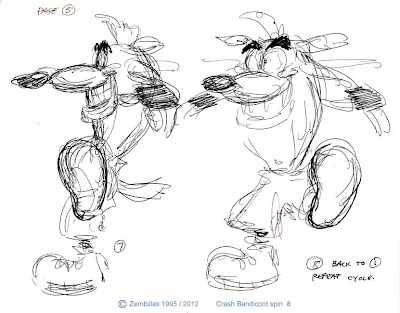 Did you take inspiration from Taz who spins as well?

Also, what are you planning to do for the holidays?

I can't say what the inspiration from Taz was at the time. ND was making decisions about the character and I was doing my best to help them achieve what they were trying to achieve. I was following their direction and providing them with what they were asking for.

I'll be chained to a computer for the Christmas season from this day on through the New Year. I've asked friends and loved ones for some space so I can finish coloring the art I have for the project I'm preparing to launch soon. That's what I want as a Christmas present... some time to get this done! ;)

I'm intent on completing the remaining body of art. It's going to start as an online comic published daily. A lot of work but it's fun and I feel confident that people will enjoy it.

So that's what I'll be doing, diving into a creative endeavor. Thanks for asking Pat. Hope you and everyone reading this has a Happy Christmas and Holiday Season!

You too Charles! Merry Christmas and a Happy New Year!

That's the best christmas gift ever (other than a PlayStation One with Crash 3 in it ;P). Thanks for sharing this with us, Merry Christmas and Happy New Year :D