I was invited by a local school just down the block from my own school to participate in an event where several different organizations would set up a booth and interact with their students. Brighton Hall in Burbank is famous for nurturing up and coming acting talent. Janet Jackson attended the school at one time along with many other celebrities when they were kids.

I participated for a while on May 18 2019 and had the chance to draw a few pictures of a couple of the video game characters I'm known for. Primarily Crash Bandicoot and Spyro the Dragon.

This is the first sketch I came up with. Crash is kind of asking himself what he's doing here. The line next to his ear is from the wind blowing the paper while I was drawing. 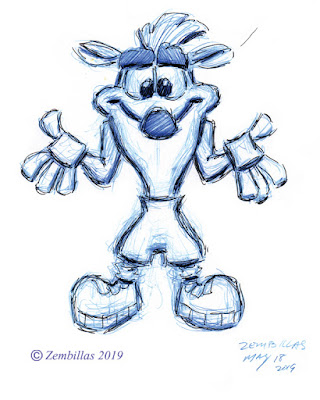 This next image I'm not too keen about as I've done better drawings of Spyro. It was my way of greeting visitors as they came by the booth. 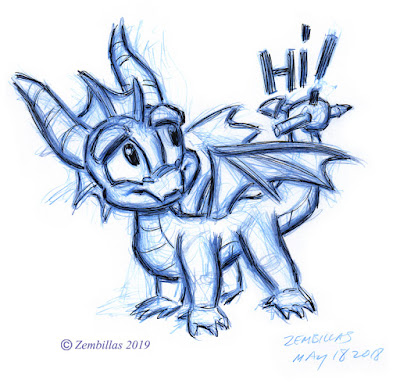 As I was getting more comfortable I started having a little more fun with Crash. 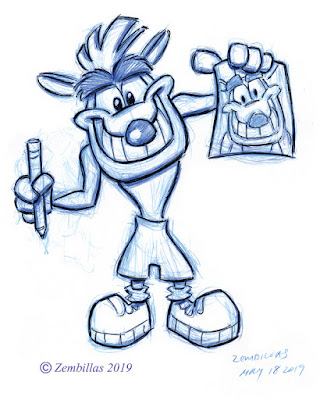 I drew a few quick sketches of Crash for some of the kids there. This was done on May 21 to give my own students an idea as to what I was doing at the Brighton Hall event. 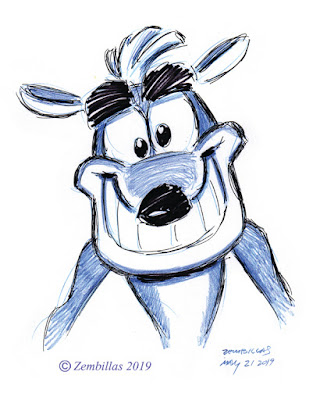 I started this sketch of Spyro at the May 18 event but didn't finish. I took the momentum back to class and completed the drawing as a demo for my own students. 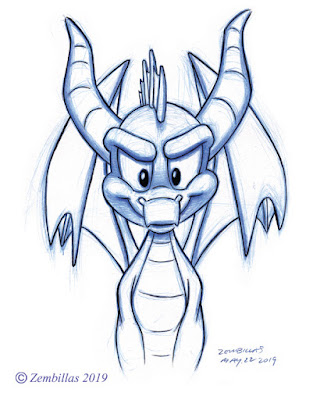 Great drawings as always, always good to see Crash and Spyro. I just noticed that Spyro has small teeth in front of his snout, those are not in the games.

Hey Gabriele how are you? I think I may have designed Spyro that way in the beginning. Some of the early concepts had him with teeth as part of his snout / mouth area. In any case I sometimes take liberties when drawing the characters. Thanks for your comments and for your astute observation.

Thanks you for the explanation!
I actually drew Spyro a while back, here it is: https://www.instagram.com/p/BwMRuKQHy9T/
I based the design on the one from the original games

Very nice! You did an impressive job with Spyro. Appealing design and a fluid pose.

Thank you so much, it means a lot to me when one of my inspirations really likes my stuff!